As I reflect upon the events 12 years ago that will forever be etched upon the history books as September 11, 2002 (Patriot Day), the day America suffered the worst attack in history upon its people and homeland. My mind cannot help but race to the changes that occurred in the weeks, months, and now years that have followed.

Immediately following the attacks I was aroused with the patriotism and the return to our God that was so prevalent throughout this nation. Patriotism was at a fever pitch. It seemed as if everyone turned to God in our time of grief, sorrow and despair. We turned our hearts and our thoughts to the core beliefs that this country was founded upon which brought a renewed resurgence of national pride. We banded together as brothers and sisters of this great land and showed the world that we would not succumb to the evil that caused this horrific attack on our soil. We stood united….for a time.

We lost our way. Within a few short years our nation had again abandoned our God, our history our unity and our pride. Patriotism was soon scorned and we became a self serving nation fighting amongst ourselves instead of the enemy who had attacked us. We had turned our backs on the very principles that this nation “ONE NATION UNDER GOD” had been founded upon. We quickly fell from a Christian nation to a heathen nation and that fall was faster and farther than the surge upward was after the attacks.

When we needed God, we turned to him in masses. Then our pride returned and we determined that we were better off without Him. We kicked God out of our schools again, out of our public forums and then declared war upon religion. We have turned on ourselves and attacked anyone who worships our God. The religious freedoms that our very ancestors flocked to this nation for have been turned back. We have fallen and we have lost our way.

This land is a blessed and choice land above all others. It has been a beacon of hope for all in the world. Many have sacrificed untold amounts of blood, sweat and tears to defend this nation and create the opportunity for others seeking the American Dream. The American Dream is dying. It is Dying because we have forsaken our God, abandoned our principles and have taken away the very freedoms our ancestors fought to protect. Our enemies have not done this to us, we have done it to ourselves. We have destroyed our own freedoms and it has started by the war we are raging on religious freedoms.

So as we reflect upon that tragic day 12 years ago, may we return to our God once again as we did in those days and months following . As we do, we will see a renewed sense of patriotism and a new desire to protect the freedoms we have been founded upon. As we turn back to our God and become that “Nation Under God” we can again prosper and once more be the beacon of freedom and hope to all nations. 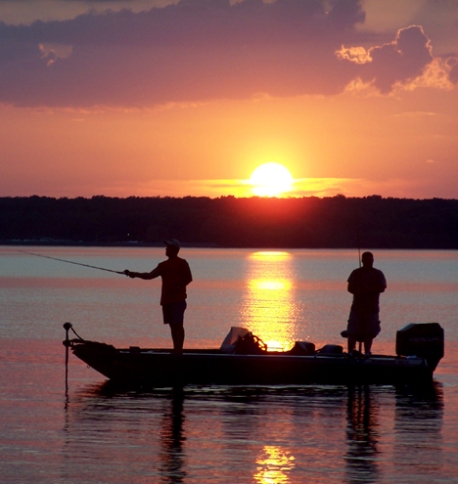 This past Sunday we said goodbye to my Uncle.   My father was not raised with his older brother as they came from a deeply dysfunctional family.  My Uncle along with his two sisters were raised by their paternal grandparents and my father was raised by an abusive step father.

The relationship between my dad and uncle was something that really never developed much until after my uncle returned home from his mission for our church.  This dynamic never really allowed for much closeness to exist within the family.   As children we were not raised knowing much about our cousins.   We met a few times growing up at family reunions, however we were strangers.  This was much different from what we experienced through our mothers side of the family where our cousins were like siblings.   I remember hearing some stories of my Dad and Uncle Jerry fishing together as young men, sometimes golfing but I didn’t know who he was, what he thought and how he felt about the family.  He was as much a stranger to me as an Uncle.

Over the years as I have grown older and wiser. I have wanted to know my dad’s family better.  Who they are and what if any common interests we could develop and maybe create a bond that never existed in our childhood.  Family has always been very important to me and I spent much of my life feeling as though I was missing out on something because I had no idea who these people were.  We didn’t even share the same last name as my dad’s abusive step father forced his name on my father.

After my mission, I found myself reaching out much the way I imagined my Uncle Jerry had when he returned home, attempting to bridge that chasm and find some way to connect.  I would stop by my uncles business in salt lake and say hi, desperately yearning to connect.  Years would pass and nothing ever happened.  I felt discouragement much of the time about this reality that this particular side of the family would never be close.

Then disaster struck in my family,   My father was diagnosed with Cancer, after having received his Kidney transplant.  It was upon this event that triggered the changes that I am deeply grateful for.  You see it was at this time as I continued to stop by my Uncles work that the communication progressed into something real, something beyond a simple hello.  My Uncle genuinely loved my father and was deeply concerned for him.  This began a process wherein my Uncle and I could talk and as we did so, through the heartache and tragedy we were facing with my Father, my Uncle and I grew close.

During the 18 – 20 months my father fought his cancer, I not only had the opportunity to grow closer to my dad, I also grew closer to my Uncle and one of my cousins, Pam.  My Uncle Jerry and I became family.  It had been a lifetime of trying and reaching out to connect.  It was through the heartache and struggles with my dad that I gained an Uncle.

My dad lost his battle with cancer in Jan 2010.  There is not a single day when I don’t think about him.   As we go through the heartaches and challenges in life there are always opportunities to gain something special if we allow it.  I gained an Uncle and a cousin that I had sought after for a lifetime.  I had many wonderful conversations over the past 5 years with my Uncle and have shared some great experiences with my cousin.  Now as my dear sweet uncle has lost his battle with cancer I am left with the knowledge that he is a great man full of love and compassion.  I am deeply grateful for the opportunities I had in this life to know him better.  It was a long journey to get close to him, one that I will forever remember and know how blessed I and my children are to have known him.  Heavenly Father provided a means for this to happen.  An opportunity to love my uncle grew out of the heartache of losing my dad.  Blessings always exist if we will simply look for them in the challenges we face in life.   Rest in peace Uncle Jerry, give my dad my love, until we meet again.